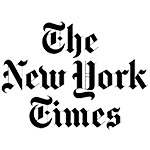 DALLAS — ON Aug. 6, researchers announced in The New England Journal of Medicine that they had found that mutations in a gene called PALB2 greatly increase the risk of breast cancer. This is one of the biggest developments since the discovery in the ’90s of the role of mutations in the BRCA1 and BRCA2 genes in breast and ovarian cancer.