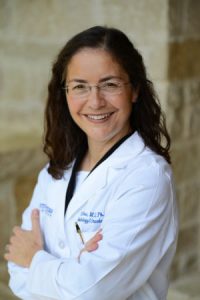 Dr. Ross received her M.D. and Ph.D. from the Washington University Medical Scientist Training Program (MSTP) in St. Louis. She completed her medical residency in Boston at Harvard’s the Brigham and Women’s Hospital, followed by a fellowship in oncology at the Dana-Farber Cancer Institute.

Prior to joining UT Southwestern, Dr. Ross served as a clinician and researcher at the University of Michigan in Ann Arbor, where for many years she cared for women with breast cancer and investigated the basic cellular mechanisms of cancer cells and how those cells resist targeted cancer drugs. She also served as the associated director of the University’s MSTP.

Her laboratory at UT Southwestern continues this research and also investigates BRCA1, a breast and ovarian cancer susceptibility gene. She has received numerous cancer research related honors including awards from the American Cancer Society, the American Society of Hematology, the Damon Runyon Cancer Research foundation, the Burroughs Wellcome Fund, and the Leukemia and Lymphoma Society.

In her clinical practice, Dr. Ross cares for individuals at a high genetic risk for any type of cancer. She also serves as the director of the UT Southwestern Cancer Genetics Program.

Outside of her official job, Theodora Ross has been a strong advocate for funding of basic cancer research and has used her experience with the Washington University and University of Michigan MST Programs to help recruit for and grow UT Southwestern’s MSTP, which trains the next generation of physician scientists.